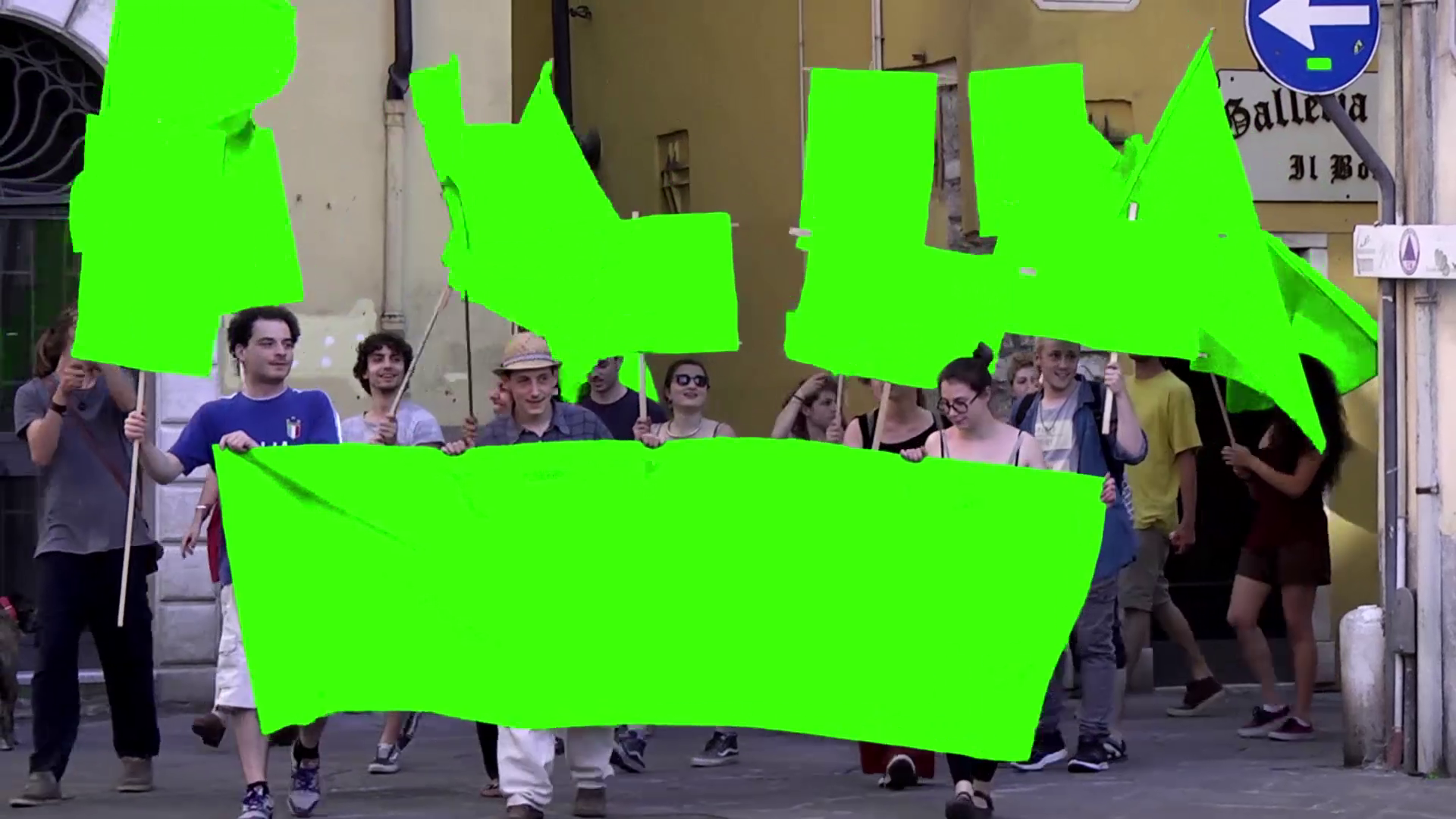 Haunted by the inevitable specter of détournement and the frenzy of representation, a near-meaningless protest has been constructed just to be filmed and packaged in small video clips.

Greenscreen-like banners and flags were distributed to stage a rally that happened to be recorded. Moving through the small town the event gathered curiosity of the locals whom, amused, often asked explanations and followed the march.

This little slice of reality was chaotically grasped by cameras and meticulously divided in short-running clips. The obvious stylistic choice of the chroma key-friendly banners was meant to exasperate the gap between live-interpreting the signs of an event occurring and reading it as a transmitted account.

The footage was then given to 13 artists who reconstructed the flow, working in and around the green spaces, playing with that same image-fixated imagery which the rally had become part.

The show was part of The Wrong – New Digital Art Biennale from November 1, 2017 to January 31, 2018 as Green Cube Gallery online pavilion.